Amanda walks into a mirror and finds herself in a surreal world where the past and present melt with allegories and visions.

Young and rich people are getting bored in an old Italian mansion. That’s when Amanda notices that her reflection in a mirror is coming from another era. The mirror becomes fluid and Amanda is thrown into a surreal world where different epochs melt with memories from real life and allegories.

The journey, inspired by Lewis Carrol’s novels, ends in the morning, when Amanda comes back to reality; but people are happier, carefree and still fashionable.

Casamorati is a perfume lineup by Xerjoff, with recipes that evoke the old ages, from the XIX century until Belle Epoque. 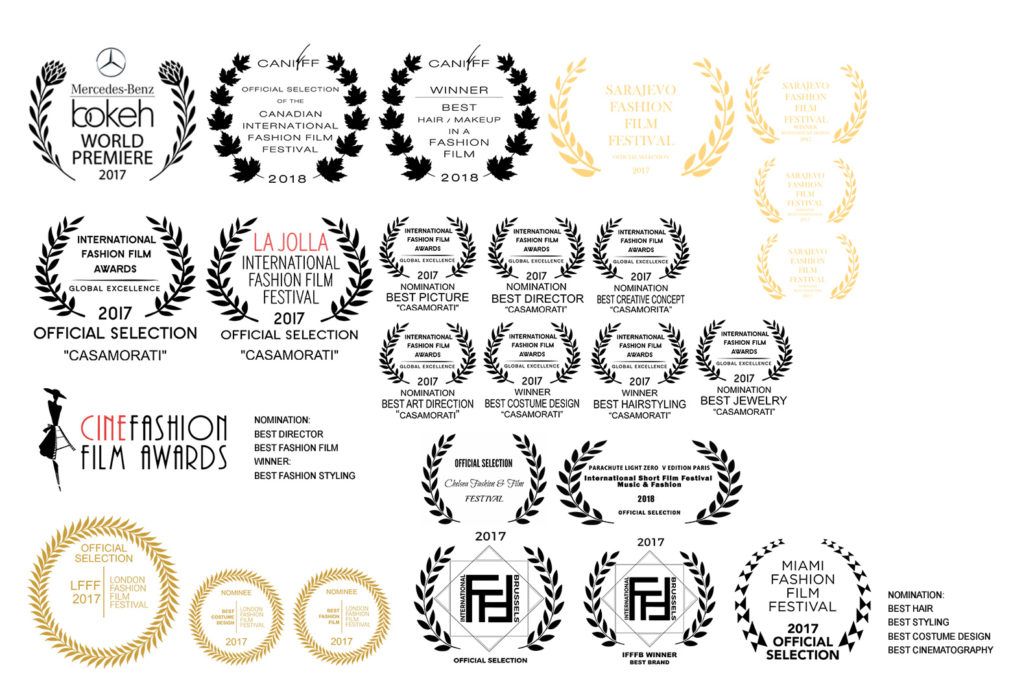 POSTERS AND SCREENGRABS
BEHIND THE SCENES
Download the Press Kit