Sola in Discesa (Going Down Alone)

In a metaphorical elevator, a woman travels through her past life and faces all the men who verbally or physically abused of her. 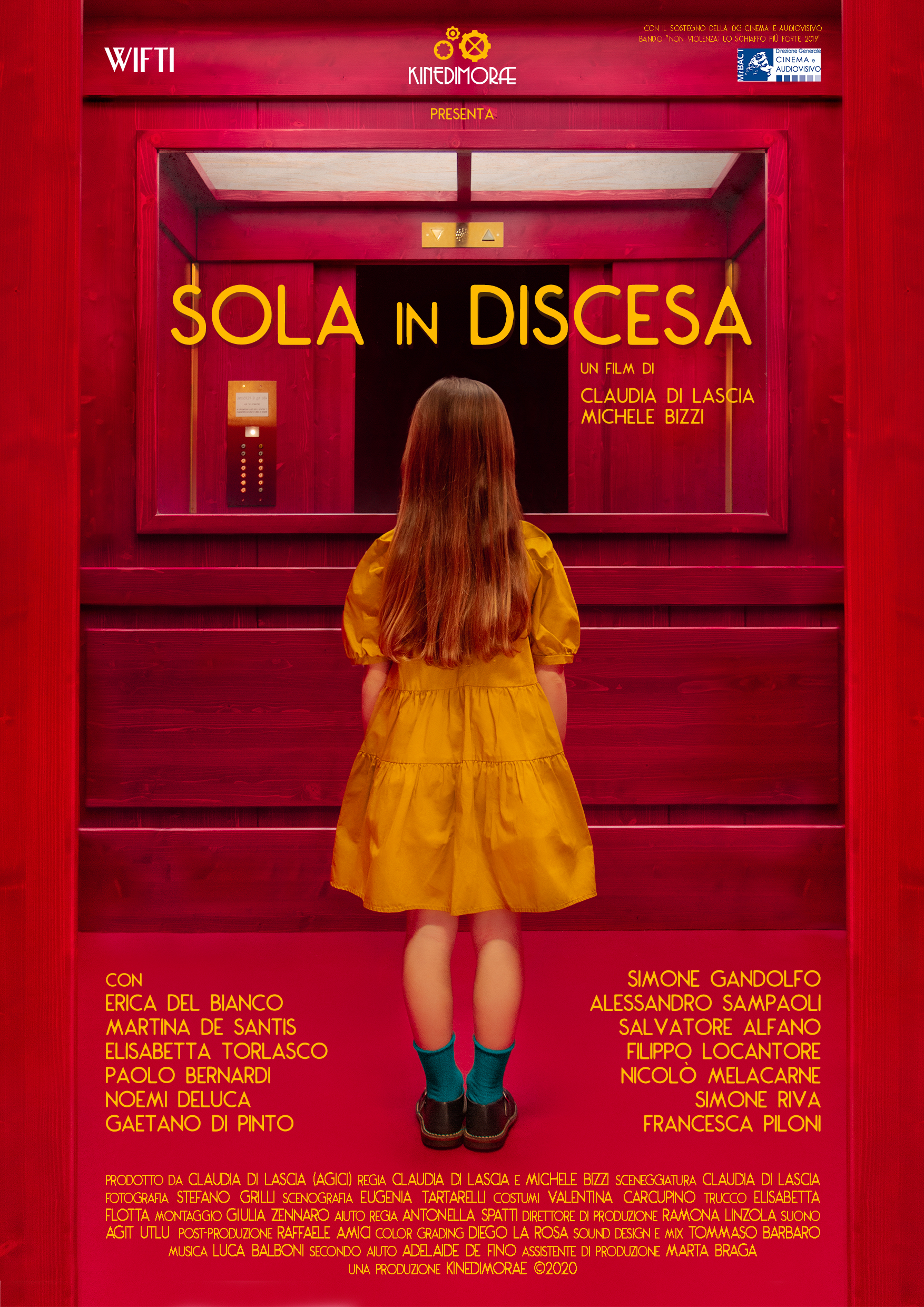 A woman enters an elevator, the story is entirely narrated with a POV shot: we live the scenes through the woman’s eyes, we follow her gaze, we can see her hands and her body, we only observe her face when she turns towards the mirror.

The lift starts to go down; every time it stops, a male figure enters the cabin and interacts with the woman. The actors are representations of the men who bully the protagonist and the actions become symbols of violence towards all women.

First a delivery man invades the protagonist’s space, then a priest who reads excerpts from the Bible that justify the subordinate position of women, then an aggressive husband.

In the meantime, the elevator goes down and the protagonist becomes gradually younger.

An objector gynecologist, an office manager asking for sexual favors, a young man who comes from a disco party and tries to rape the woman, who is now a girl; they are all representative figures who enter the elevator.

Finally, a young boy enters the elevator with his toys, but he doesn’t want the protagonist – who is now a little girl – to play with them because she is “only a girl”.

The point of view is now objective: we see the girl looking right into the camera, expressing the sadness and anger through her eyes.

A card reads “Respect for women is learned from an early age”.

“Violence against women is perhaps the most shameful human rights violation.”